Brexit – The uncertain future of the European Union

Brexit keeps the European Union on its toes. Entrepreneurs are also worried about the possible consequences – especially with regard to taxes and customs regulations. So far there has been no final agreement and plans that have already been drawn up have not met with sufficient approval. At the moment, the UK has a further deadline of 31st. October 2019. Brexit must be finalised by then.

British companies that trade with other EU countries or provide services will feel the most. Without further agreements, the UK will be treated as a third country – which can be expensive. Even with a deal, the UK is unlikely to enjoy the excellent conditions of its EU neighbours.

Many British Companies move to other EU Countries

In order to avoid the threatening consequences, many business leaders are looking for new locations. Germany in particular is regarded as the most attractive EU country for investment. While in the year of the referendum 77 British companies announced their interest, by the end of 2018 there were already 172 companies. Germany is the largest economy in the European Union and is therefore attractive for business ventures. We have summarised further reasons to stay in the European Union for you here.

You are responsible for a company located in Great Britain and fear the still unclear consequences of your departure? Would you like to stay in the EU single market? We cannot make the decision for you, but we can advise you! Make an appointment with us and we will help you to find the best way for you. 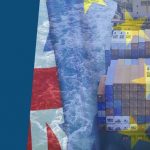 Why not stay in the European Union?Allgemein